A carbon revolution is underfoot to combat climate change and create a sustainable bioeconomy that equitably integrates food, energy, and water needs for Hawaii.

Hawaii is the most fossil fuel dependent state in the United States, with 90% of its energy from petroleum in 2014 and at a cost of $2.76 billion annually (The U.S. Energy Information Administration). To help alleviate this fossil-based energy dependency, the Hawaii Clean Energy Initiative (HCEI) was established in 2008 in conjunction with the U.S. Department of Energy with an aggressive target of achieving 100% renewable electric energy by 2045. Currently the project is exceeding interim targets due to rapid implementation of renewable electricity.  However, progress on energy for transportation, which accounts for 66% of petroleum usage, is slower. 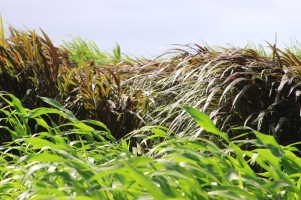 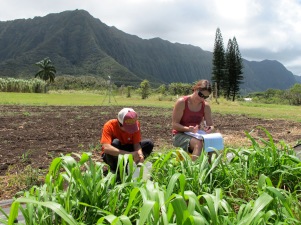 The environmental outlook of biofuels improved in recent years with awareness and efforts to maximize the net carbon balance of biofuel production, which includes factors for conversion efficiency, non-renewable emissions incurred within the system, and direct and indirect costs of land use change. Soil carbon loss as a result of land use change during cultivation of biofuel feedstocks negatively impacts the net global warming mitigation potential of a renewable fuel production systems, but losses can be minimized or carbon accrued with sustainable management practices.

We explored the carbon tradeoffs of production associated with potential bioenergy feedstocks in multiple systems, focusing on soil carbon sequestration with the cultivation of perennial grasses in degraded soil or abandoned agricultural lands .

The Science Journal for Kids transformed Meghan Pawlowski’s M.S. thesis research into a fantastic, accessible resource designed for teenage students and their teachers that asked “How can we make biofuels more climate friendly” 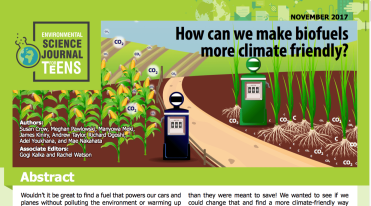 This resource summarizes results from a series of two peer-review publications, available to the public here and here.  The key results are that tropical perennial grasses grown on Maui stored nearly three times more carbon and greenhouse gases than released during the first two years of zero-tillage cultivation on cropland previously under intensive sugarcane cultivation. Soil carbon accumulation, followed by avoidance of burning emissions, contributed the most to making the system a net carbon sink.

Thinking longer term – the rate of soil carbon accumulation may slow, and we are still working on the best way to project it out into the future, but is expected to continue as long as the zero tillage management practices continue.  Here is an open-access book chapter for further information. 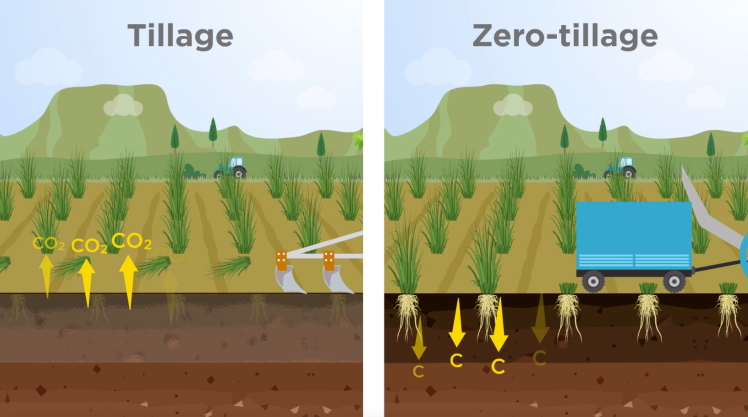 While negotiating the logistics of the Maui project, a preliminary trial on Oahu revealed secrets of the belowground ecology of tropical perennial grasses that help explain our soil carbon findings. In three words – Roots.  Microbes.  Minerals.

Visible, aboveground greenery is grand and very easy to measure, but the belowground environment (and the organisms that occupy it) is more critical for climate smart and healthy soils.  Belowground organisms include roots and microbes that interact with each other and soil minerals via multiple processes to collectively store carbon in high-functioning, climate smart and healthy soils. 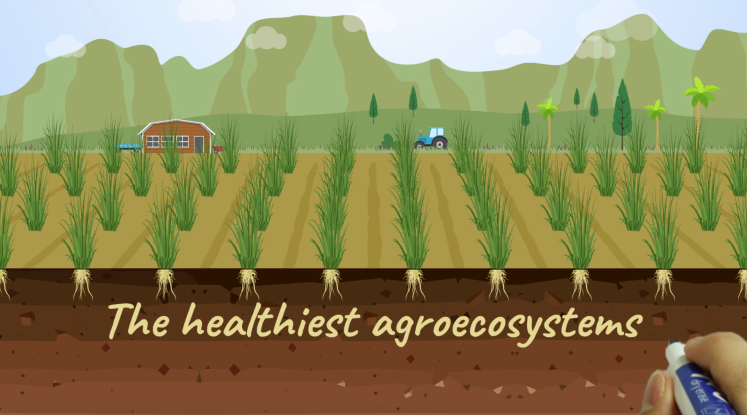 Perennial grass species with massive root systems having characteristically low lignin concentration accumulated the most soil carbon during cultivation. Microbial decomposition of dead roots did not result in carbon losses as might be expected, but carbon gains as plant and microbe-derived organic matter quickly transformed from plant debris to mineral-bound organic molecules.  Once protected on mineral surfaces, carbon resists further decomposition and accumulates.

Importantly, we tested whether warmer conditions expected with climate change may alter the balance.  While the rate of accumulation slowed a bit, carbon accumulated nonetheless – a welcome bit of good news on the climate change mitigation front.

These results and this animation summarize a series of three peer-reviewed papers available to the public here, here, and here.